COOL THE FIRE WITHIN and repair your immune-brain connection 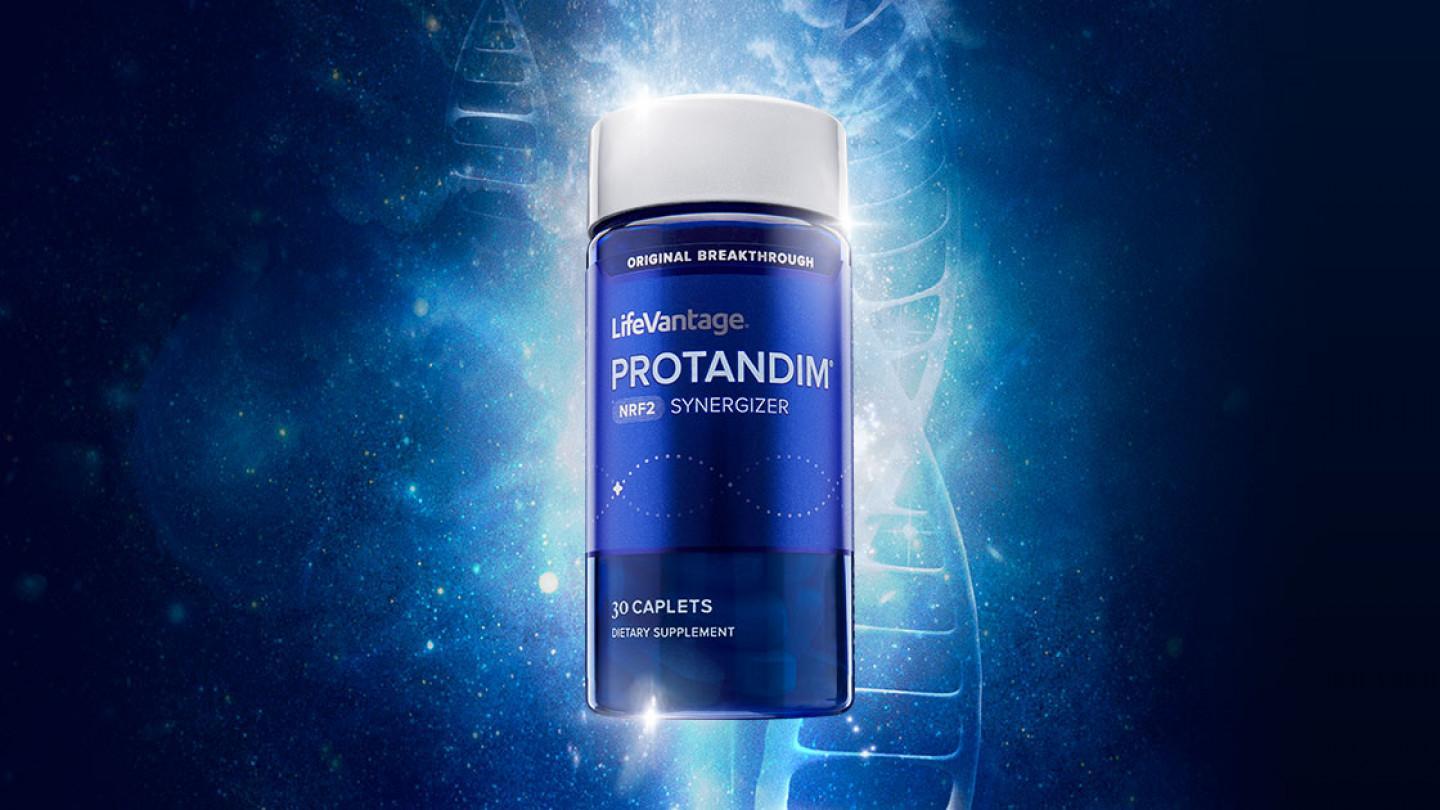 We Invite you to Join us in the Anti-Aging Revolution

We are proud to announce our new partnership with LifeVantage, a science-based nutraceutical company dedicated to helping people achieve healthy living through a combination of scientifically validated products.

We've known for more than 50 years that the cellular basis of "aging" is directly linked to highly reactive molecules called "free radicals" or "reactive oxygen species" (ROS). These ROS can react with and cause damage to cellular structures throughout the body, especially to cell membranes, DNA (genetic material), and mitochondria (where cells generate energy). It can be scary to think that our own body is producing these damaging molecules (also known as "free radicals" or ROS) as a normal part of living, exercising and breathing, but it's even scarier when you realize that ROS are all around us in the environment in the form of sunlight, air pollution, cigarette smoke, poor diet, and many other sources. Our bodies are constantly bombarded by free radicals, and constantly under threat of cellular damage and dysfunction. As this cellular damage accumulates, our cells cannot function properly, and we recognize the common symptoms of "aging," such as reduced energy levels, creaky joints, wrinkled skin, and many others that make us feel and look older and worn out. LifeVantage has a solution to not only help reduce the signs of cellular aging, but to also help activate the Nrf2 pathway.

Science not only supports our claims, but scientific research has identified cellular stress as a link with health and well- being. Thousands of articles, peer-reviewed and published in respected medical journals around the world, such as The International Journal of Biochemistry & Cell Biology, Volume 39, Issue 1, 2007, document the effects of "free radicals and antioxidants in normal physiological functions and human disease."

In the late 1960s, Dr. McCord, the scientist behind Protandim, discovered that the body produces its own protective enzyme called superoxide dismutase (SOD), which is able to counteract the cellular damage caused by free radicals. In the middle and late 1990s, researchers in Japan and around the world discovered that our cells possess an entire system of protective mechanisms that counteract cellular stress and slow the aging process.

At the very center of this cellular protective pathway is a protein called Nrf2 that serves as a "master regulator" of the body's antioxidant response. Soon after Nrf2 was identified, a flurry of scientific discoveries began to show how Nrf2 also regulated genes involved in the production of not only a wide range of antioxidant enzymes (including SOD, glutathione, and catalase), but also important proteins, and detoxification or ''stress-response'' genes. They all share in common the Nrf2 "switch" that enables cells to protect themselves from both internal and external environmental challenges. In effect, Nrf2 activation enables our cells to make their own "medicines" to help us survive and thrive in stressful situations.

Many scientists believe that Nrf2 activation is the "future" of cellular protection and health promotion, and, in this regard, LifeVantage is clearly leading the way. This foundation of naturally activating Nrf2 to "solve" the problem of cellular stress is a fundamentally different way of restoring balance in the body, one that enables LifeVantage to effectively move into related areas of healthy living.

An onslaught of environmental stresses and biological assaults mounts over time, while our body's ability to cope with these threats diminishes. This assault leads to disruption or failure in the function of individual cells or groups of cells.

To fight back, many people turn to high-dose antioxidant supplements and juices with so- called super fruits and vegetables. A growing body of research shows these high-dose, isolated, unbalanced antioxidant supplements can do more harm than good, actually promoting cellular stress, rather than protecting against it. Dietary antioxidants are limited, because they only work "1:1" meaning only one dietary antioxidant molecule is capable of neutralizing one free radical, a wholly inadequate strategy. They may be helpful to some small degree, but they're incapable of sufficiently combating cellular stress. Taking antioxidants is not the best strategy-making the body's own antioxidants is.

There are other benefits of Nrf2 activation beyond cellular protection. Protandim helps the body repair and rejuvenate its own cells and detoxify genes, keeping the master blueprint of the cell's function intact.

Protandim is the only supplement proven in a clinical study to reduce cellular stress by an average of 40% in 30 days. Protandim has been shown to increase superoxide dismutase levels by 30%, glutathione by 300%, and catalase by 54%. When individuals were supplemented with Protandim for 30 days, the age-dependent increase in lipid peroxidation was completely eliminated. Lipid peroxidation in an older subject was reduced to the level of a 20-year-old. This means the body is not only capable of making its own antioxidant enzymes, but also that their production can be activated by Protandim to reduce cellular stress and may help protect against the aging process and several conditions in which cellular stress has been reported to be a contributing factor.

Tumeric has been used for 4,000 years in both Ayurvedic and Chinese medicine to help a variety of conditions. Current studies show that turmeric helps fight cellular stress, reduce joint discomfort and aid digestion. Turmeric is known to contain natural phenols called curcuminoids.

Bacopa has long been hailed for its ability to enhance cognitive abilities. Bacopa has been important in Ayurvedic medicine for centuries, used to enhance clear thinking and memory function. Studies suggest it provides strong cellular defense. It is also used to improve concentration, alertness and focus. The bacopa ingredient in Protandim is high in bacosides, the major constituent of which is the botanical compound called saponins.

Ashwagandha, which has been called the "king of Ayurvedic herbs," is an adaptogen (a substance which enhances the resistance of an organism to various stressors) and has been traditionally used as an anxiolytic to help reduce chronic stress. Ashwaghanda has also been used as a way to support memory enhancement and as a sleep aid. The primary active components in Ashwagandha are a group of chemical compounds called withanolides.

Milk Thistle has been used for 2,000 years as an herbal remedy to support liver, kidney and gall bladder function. Several scientific studies suggest that substances in milk thistle (especially a avonoid called silymarin) protect the liver from toxins.

LifeVantage rigorously tests every batch of both raw materials and finished goods for:

BSCG and NSF symbols on the Protandim label assure consumers the product is free of substances banned by the World Anti-Doping Agency, meets label claim, is free of impurities, and has been produced utilizing federally mandated Good Manufacturing Practices.

WHO ELSE IS TALKING ABOUT PROTANDIM?

In just the past few years, Protandim has been featured in reports by ABC, NBC, PBS, and The Wall Street Journal.

Protandim has been validated by numerous peer-reviewed studies. Some of these studies have been conducted at the following respected institutions:

The benefits listed for the above ingredients are based on historical/documented use. Some of these benefits may not be available at their full amounts at the current recommended dose of Protandim. You may have to consume more than one (1) Protandim tablet to get the bene t described above.

The following peer-reviewed, scientific journals have published the results of these studies:

• Circulation - the Scientific Journal of the American Heart Association

• American Journal of Physiology-Lung Cellular and Molecular Physiology • PLoS One 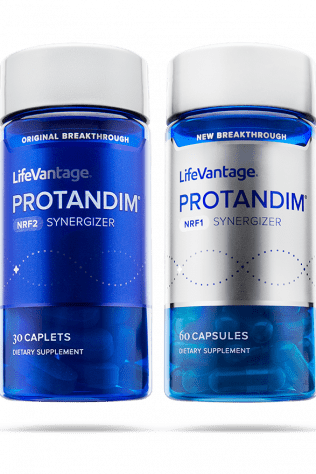 ©2017 LifeVantage Corporation | These statements have not been evaluated by the Food and Drug Administration. This product is not intended to diagnose, treat, cure, or prevent any disease. 4