What Can Protandim Do?


KEEP UP WITH CURRENT SCIENTIFIC BREAKTHROUGHS

Protandim stimulates this protein, resulting in the body producing its own powerful, protective antioxidant enzymes:

superoxide dismutase, heme-oxygenase, glutathione peroxidase and catalase.These enzymes function as potent antioxidants capable of neutralizing more than neutralizing more than one million free radicals or reactive oxygen species. It’s the synergy of ingredients in Protandim that are effective in activating the Nrf2 pathway.

There are other benefits of Nrf2 activation beyond cellular protection. Protandim helps the body repair and rejuvenate its own cells and detoxify genes, keeping the master blueprint of the cell’s function intact.

Protandim is the only supplement proven in a clinical study

to reduce cellular stress by an average of 40% in 30 days. Protandim has been shown to increase superoxide dismutase

levels by 30%, glutathione by 300%, and catalase by 54%. When individuals were supplemented with Protandim for 30

was reduced to the level of a 20-year-old. This means the body is not only capable of making its own antioxidant enzymes,

aging process and several conditions in which cellular stress has been reported to be a contributing factor.

Protandim has also been studied in more than 20 peer-reviewed studies published by renowned research institutions from around the world. But the research hasn’t stopped there. Protandim has ignited the interest of the scientific community, and Protandim research continues, with a number of studies recently completed or now underway.

Unlike high-dose antioxidant supplements, Protandim’s revolutionary formula is composed of a specific, proprietary ratio of plant extracts. Tumeric has been used for 4,000 years in both Ayurvedic and Chinese medicine to help a variety of conditions. Current studies show that turmeric helps fight cellular stress, reduce joint discomfort and aid digestion. Turmeric is known to contain natural phenols called curcuminoids. Bacopa has long been hailed for its ability to enhance cognitive abilities. Bacopa has been important in Ayurvedic medicine for centuries, used chiefly to enhance clear thinking and memory function. Studies suggest it provides strong cellular defense. It is also used to improve concentration, alertness and focus. The bacopa ingredient in Protandim is high in bacosides, the major constituent of which is the botanical compound called saponins.

Ashwagandha, which has been called the “king of Ayurvedic herbs,” is an adaptogen (a substance which enhances the resistance of an organism to various stressors) and has been traditionally used as an anxiolytic to help reduce chronic stress. Ashwaghanda has also been used as a way to support memory enhancement and as a sleep aid. The primary active components in Ashwagandha are a group of chemical compounds called withanolides. Green Tea is made from unfermented leaves and reportedly contains the highest concentration of powerful antioxidants called polyphenols, particularly catechins, of which epigallocatechin gallate (EGCG) is the most abundant. Protandim’s green tea extract contains 98% polyphenols. Green tea has been traditionally used for many health benefits, including regulating body temperature and blood sugar, promoting digestion, improving mental processes and improving cardiovascular health. Milk Thistle has been used for 2,000 years as an herbal remedy to support liver, kidney and gall bladder function. Several scientific studies suggest that substances in milk thistle (especially a flavonoid called silymarin) protect the liver from toxins.

The Scientific community is researching this ground breaking supplement every day. Click the links below to see links, videos and other information on how Protandim may help a condition you or a loved one suffers from. 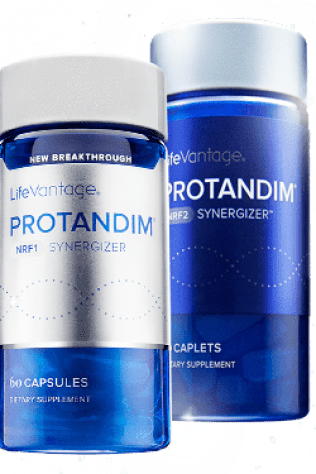